In his 1961 essay in Commentary about writing "American Fiction", Philip Roth writes that it grows harder every day to write fiction in America. For when reality itself is so bizarre, writing fiction and creating "the willing suspension of disbelief" (Coleridge) becomes a challenge for the writer.


"The American writer in the middle of the twentieth century has his hands full in trying to understand, describe, and then make credible much of American reality. It stupefies, it sickens, it infuriates, and finally it is even a kind of embarrassment to one's ...meager imagination. The actually is continually outdoing our talents, and the culture tosses up figures almost daily that are the envy of any novelist."


Gleaned above lines from the book Philip Roth by Derek Parker Royal (page 136).

In talking about this essay during his Paris Review interview in 1984, Philip Roth had this to say:


Alienated in America, a stranger to its pleasures and preoccupations - that was how many young people like me saw their situation in the fifties. It was a perfectly honorable stance, I think, shaped by our literary aspirations and modernist enthusiasms, the high-minded of the second post-immigrant generation coming into conflict with the first great eruption of postwar media garbage. Little did we know that some twenty years later the philistine ignorance on which we would have liked to turn our backs would infect the country like Camus's plague. Any satirist writing a futuristic novel who had imagined a President Reagan during the Eisenhower years would have been accused of perpetrating a piece of crude, contemptible, adolescent, anti-American wickedness, when, in fact, he would have succeeded, as prohetic sentry, just where Orwell failed; he would have seen that the grotesquerie to be visited upon the English-speaking world would not be an extension of the repressive Eatern totatitarian nightmare but a proliferation of the Western farce of media stupidity and cynical commercialism - American-style philistinism run amok. It wasn't Big Brother who'd be watching us from the screen, but we who'd be watching a terrifyingly powerful world leader with the soul of an amiable, soap opera grandmother, the values of a civic-minded Beverly Hills Cadillac dealer, and the historical background and intellectual equipment of a high school senior in a June Allyson musical.

Twenty years later, I wonder what Roth would have to say about writing fiction in America - assaulted as we were these past few years by daily news of the Bush-Cheny led misadventures in Iraq  and their own versions of reality of "progress" being made there on the one hand and the shenanigans of so-deemed "reality" TV celebrities, on the other.

I'll have to go read The Plot Against America, Everyman and other recent novels and also some recent Roth interviews soon!
By Sanjeev at July 28, 2009

Not one more refugee death, by Emmy Pérez

And just like that, my #NPM2018 celebrations end with  a poem  today by Emmy Pérez. Not one more refugee death by Emmy Pérez A r... 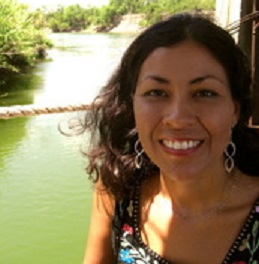 The more angles we choose to view it from, the more its amazing accidental abundance imposes itself. - John Ashberry

Wash away the dust of life...